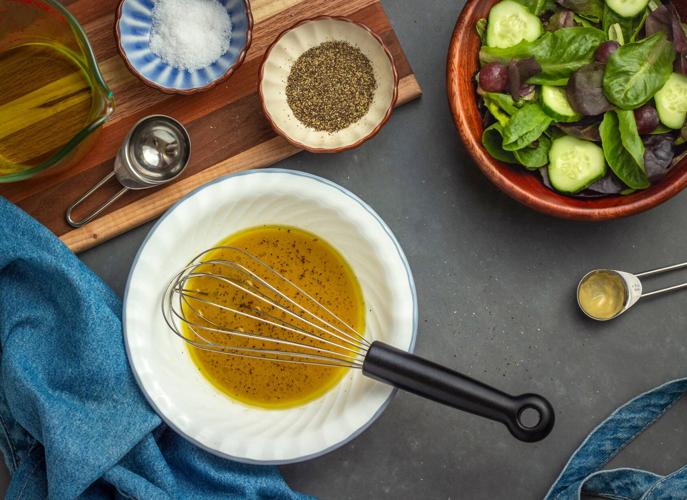 A lemony Dijon dressing can brighten a grain bowl made with holiday leftovers. 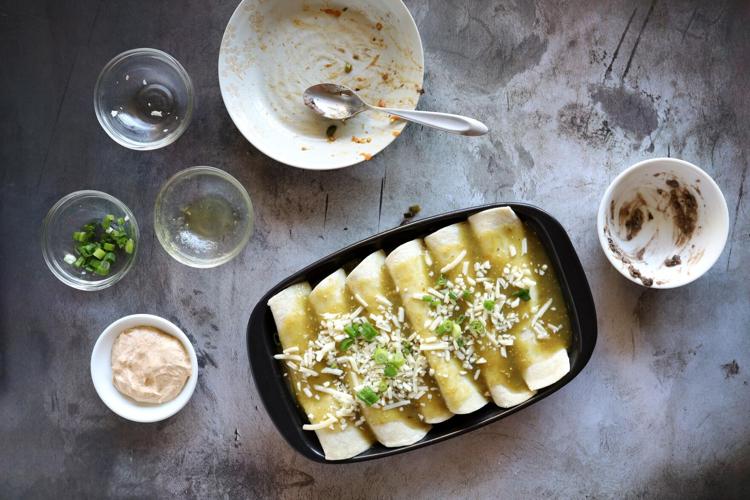 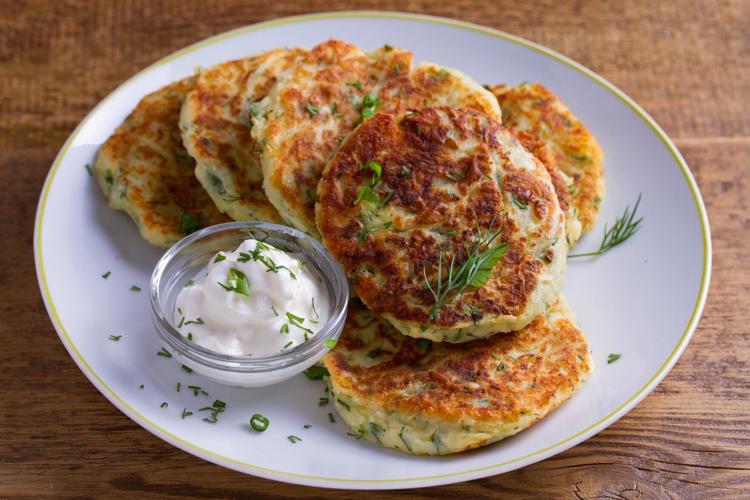 Who could say no to potato fritters made from leftover mashed potatoes? Bonus points if you also include the last of the corn from your Thanksgiving feast. 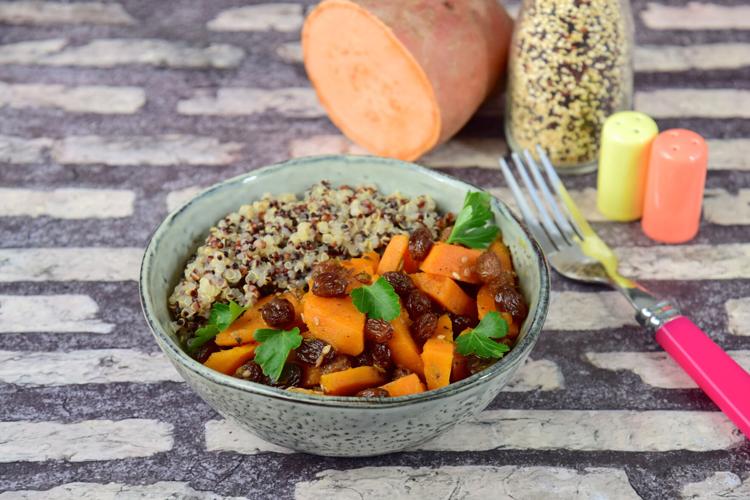 Post-Thanksgiving, use up roasted sweet potatoes and other veggie sides in a grain bowl.

A lemony Dijon dressing can brighten a grain bowl made with holiday leftovers.

Who could say no to potato fritters made from leftover mashed potatoes? Bonus points if you also include the last of the corn from your Thanksgiving feast.

Post-Thanksgiving, use up roasted sweet potatoes and other veggie sides in a grain bowl.

After the last plate has been cleared from the table and everyone — except the person stuck washing dishes — has migrated to the couch, it's time to begin the next part of the Thanksgiving tradition.

Yes, it's time to divvy up and work through the leftovers.

These recommendations aren't about reinventing the wheel. We're offering a few options that will give you something to look forward to on your post-holiday meal plan. These are foods we already love, with Thanksgiving dishes folded into the familiar recipes.

Many of us turn to ground turkey as a healthier option in a variety of recipes. But it's just as easy to chop up leftover Thanksgiving turkey and sneak it into non-holiday comfort food. Start by adding it to your favorite enchilada (or taco or burrito bowl) recipe.

Try these turkey black bean enchiladas and feel free to substitute a quality canned or jarred enchilada sauce if you don't have it in you after the big day to make your own from scratch.

Still have more turkey to dispatch after making a pan of enchiladas? Freeze extra portions of leftover meat and use them in any recipe where you'd typically turn to rotisserie chicken.

Along the same lines as a burrito bowl, grain bowls are a versatile blank slate for using up turkey and vegetable leftovers. Specifically, we recommend brussels sprouts and roasted sweet potatoes here.

While any grain will work as a base for a grain bowl, farro, quinoa and brown rice are some of the most popular. Top a generous spoonful of grains, either warm or at room temperature, with leftover vegetables. Add any other greens like kale and a protein like chickpeas.

For dressing ideas, raid the fridge or make something new — try a lemony Dijon for brightness or a maple tahini version that's nutty and sweet.

Will it waffle? Yes, it will! Leftover stuffing mixed with eggs and a touch of broth or gravy are all you need to turn Thanksgiving stuffing into a savory next-day breakfast.

Whether you like white bread or cornbread stuffing, the process of making stuffing waffles remains the same. Serve the waffles topped with eggs any way you like them — poached, scrambled or fried — and throw on a sausage patty or a few slices of bacon if you'd like to go all out.

If you'd rather bake instead of pulling out the waffle maker, grab a standard muffin tin and make stuffins — that's the cutesy term for stuffing muffins. Eggs, turkey or ham and frozen spinach or other chopped vegetables blended with leftover stuffing make these an option for breakfast or a midday snack.

Both stuffins and stuffing waffles can be frozen for reheating later — up to three months later, when you might be excited to eat Thanksgiving foods again.

Even the most ardent mashed potato fan has to admit that after a few days, the idea of eating a reheated pile of potatoes loses its charm. Enter the fritter to make things sizzle once again.

Corn and cheddar mashed potato fritters are a two-in-one way to use up any corn left over from the feast. If you also want to finely chop any extra roasted cauliflower and add it to the mix, that works, too.

Or go for indulgence and make poutine-style potato fritters by topping them with warm gravy and small cubes of white cheddar or Monterey Jack cheese.

Here's a tip: Buy an extra frozen deep-dish pie crust, then bring it out over the weekend to whip up a quick quiche with the rest of your green bean casserole.

Prebake the pie crust shell according to package directions, then fill and bake at 350 degrees Fahrenheit for 45 to 60 minutes, until the quiche no longer jiggles in the center. Let rest for at least 15 minutes before slicing.

This one's for the folks looking for a twist on the after-Thanksgiving turkey sandwich stacked with all the leftovers — turkey, gravy, mashed potatoes, stuffing and cranberry sauce — on a leftover Parker House roll or soft bread.

If that kind of post-holiday meal suits you, make this Thanksgiving leftover pizza and savor the classic flavors on a slice rather than between bread.

Refrigerated pizza dough can substitute for the homemade dinner roll pizza crust here, and if you want to try something even more filling, make your pizza into a calzone with a few spoonfuls of ricotta. Serve with gravy on the side for dipping.

Why does there always seem to be more cranberry sauce after the meal than there was at the start of it? Use it up in these two quick shake-together cocktails inspired by the Cosmopolitan and the Manhattan.

For two cocktails: Fill a cocktail shaker halfway with ice, then add 2 ounces vodka or gin, 1 ounce Cointreau or other orange liqueur, and a healthy spoonful of cranberry sauce. Close and shake, then strain into two chilled martini glasses or coupes.

Or substitute bourbon or rye for the vodka and maple syrup for the Cointreau and make it an extra-seasonal drink.

Casey Barber is a food writer, artist and editor of the website Good. Food. Stories.