Review of misconduct allegations against Kavanaugh nears its end

A Denver-based US appeals court that is handling misconduct complaints against new Supreme Court Justice Bre...

A Denver-based US appeals court that is handling misconduct complaints against new Supreme Court Justice Brett Kavanaugh is nearing resolution of the closely watched controversy.

Officials at the 10th US Circuit Court of Appeals put a notice on its website Monday afternoon announcing orders related to the complaints, as well as an order from Chief Judge Timothy Tymkovich addressing whether he would take himself off the case.

A CNN reporter saw the notice and links for the documents but was not able to access them. Contacted by CNN, a spokeswoman for the circuit said technicians had been testing the site and that the orders would likely be available this week. Public notice of the orders was then removed from the website.

Supreme Court Chief Justice John Roberts referred 15 complaints about Kavanaugh from the District of Columbia Circuit, where Kavanaugh had been an appeals court judge, to the Denver-based 10th Circuit on October 10. Those initial complaints arose from statements Kavanaugh had made during his first round of hearings before the Senate Judiciary Committee in September.

Additional complaints may have been lodged after Kavanaugh's testimony on September 27 responding to the sexual assault claims of Christine Blasey Ford. Kavanaugh categorically denied those claims in emotional testimony that itself became the subject of criticism among lawyers and judges.

A listing of redacted complaints had been posted on the 10th Circuit website on Monday, but the documents were not available.

The apparent request that Tymkovich recuse himself from overseeing the Kavanaugh complaints may have arisen from his position on President Donald Trump's list of potential candidates for the high court and because Tymovich was first appointed in 2003, when Kavanaugh was in the White House counsel's office and screening judicial candidates.

Many experts on judicial discipline have predicted that the complaints against Kavanaugh may never be resolved on their merits. He was confirmed for the Supreme Court on October 6, and Supreme Court justices have long been excluded from the judiciary's misconduct rules. 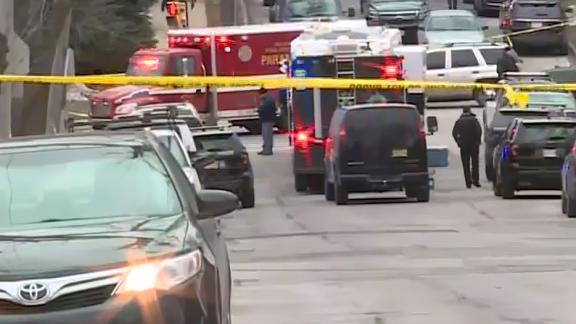