Sorry, Howard Schultz, you're a billionaire 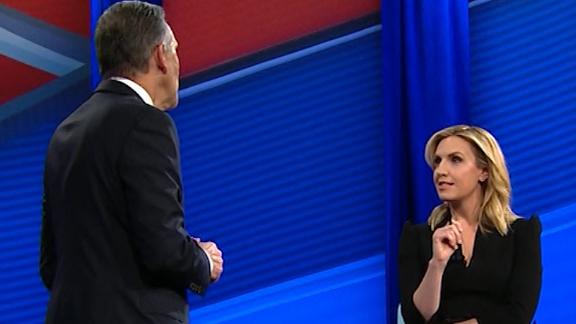 During a CNN Town Hall with Howard Schultz, CNN's Poppy Harlow asked the former Starbucks CEO when he would release his tax returns.

Howard Schultz, former Starbucks CEO, billionaire and possible presidential candidate, doesn't want to be called a billionaire. He wants you to call him a "person of means."

The rest of us, I suppose, are people of leans.

But Schultz's complaint isn't one man-of-means's plaintive cry for understanding. It's one of the more grotesque incarnations of a particularly facile sort of grievance politics: equating having your feelings hurt with oppression.

"The moniker 'billionaire' now has become the catchphrase," said Schultz, who has an estimated net worth of $3.5 billion. "I would rephrase that and say that people of means have been able to leverage their wealth and their interest in ways that are unfair. And I think that speaks to the inequality, but it also speaks to the special interests that are paid for people of wealth and corporations who are looking for influence."

Shultz is right that the problem of billionaires is one of both inequality and unequal influence. But the solution isn't what Schultz seems to think it is — that white-hat billionaires swoop in to save the day (by conveniently holding the most powerful office in the land), and that we are collectively grateful to these "people of means" rather than resentful.

The solution is for billionaires to contribute more to the many, not through charity (although that's a nice thing to do), but through a formal system of taxation that benefits everyone. This system doesn't confer hero status on the most narcissistic of the hyper-rich, which Shultz may not appreciate — but I suspect the rest of us see that as a benefit and not a flaw.

The implication behind Schultz's request is that billionaires are a bullied group, have gotten a bad rap and are convenient punching bags for the rest of America. And, fair enough -- billionaires are only doing what our plutocratic policies incentivize, enjoying vast public giveaways while collecting and hoarding more money and property than the vast majority of Americans can even imagine.

Some billionaires, like Schultz, do create jobs, like the many at Starbucks, which famously also offer benefits that are usually unavailable for wage workers. Schultz, overall, ran a productive company that, by American standards, was decent to its employees. That's a good thing. But it doesn't qualify him for the presidency; nor does it make him a hero.

Most progressives don't want to personally steal Schultz's money. We just want a recognition that our current policies make it easy for people like Schultz to accrue capital, but do too little to ensure fair treatment for the many other people who sustain his enterprise. We want those who greatly benefit from the American workforce to give something back to it. Nobody wants to guillotine Schultz; we just want to tax the largesse that has been bestowed upon him, much of it because of tax breaks and policy incentives. The scales are tipped in his favor. We just want to rebalance them a bit.

Schultz's critics are attacking unjust systems, but he thinks they are attacking his personal identity as a billionaire, as if wealth were as immutable as skin color or gender. Civil rights advocates, feminists, and others who fight for the pursuit of social justice talk about power, identity and language as fundamental to understanding the forever inequities that pockmark American society.

And as long as we have been drawing attention to these inequities, many of those who benefit from them have made a concerted effort to deny them. They try to flatten out the issue of power and erase very real differentials in influence and assumptions of competence and deservedness, in favor of advancing their own grievances.

Schultz is only the latest example, leveraging an increasing ability for marginalized groups to identify themselves and seek equitable treatment into a cynical ploy to obscure his own very real power.

More and more, efforts to humanize marginalized groups have focused on their humanity rather than their perceived defect — making the preferred language "people with disabilities" or "people struggling with addiction" over "the handicapped" or "addicts."

Schultz used this same linguistic maneuver, so powerful when humanizing the routinely dehumanized, to suggest that the hyper-wealthy are victims of similar oppressions.

Actual oppression results in stymied potential for the whole of one's life: poorer treatment, poorer medical care, fewer opportunities for education and advancement, a grinding daily reality where one's efforts are simply not commensurate with the results, solely because of who one is.

What Schultz is expressing echoes the view that allows President Donald Trump to position himself as a victim, and that leads him to invite a child to the State of the Union who is a victim of bullying for having the name "Trump."

It's self-aggrandizement posing as empathy. It is a fundamentally childish and remarkably stunted way to view the world and the systems of power within it.

We already have one President like that. The last thing we need is another.

Those born and raised in Cornhill troubled by Whitesboro teacher's assignment

Lewis County man accused of beating someone with baseball bat