Charlottesville wasn't about Robert E. Lee, Mr. President. It was about racism 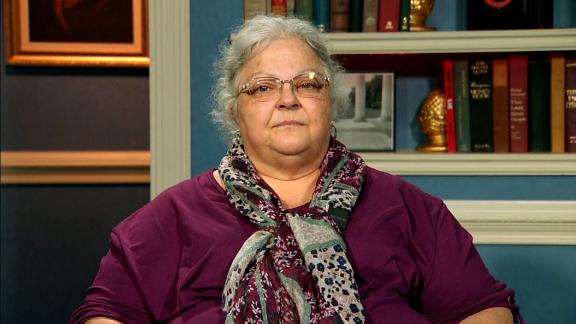 Susan Bro, the mother of Heather Heyer who was killed in the Charlottesville protests, said she was not notified about former VP Joe Biden referring to her daughter's death in his 2020 campaign announcement video before the release.

After former Vice President Joe Biden used the violence in Charlottesville to frame his presidential campaign launch on Thursday, President Trump shot back, defending his controversial claim that there were "very fine people" on both sides of the white-supremacist rally that ended with the death of Heather Heyer and a helicopter crash that killed two police officers.

Trump's decision to double-down on his "very fine people" comments, more than a year and a half after the deadly Unite the Right rally, was particularly shocking -- because of everything that has happened since. Investigations have made clear that the rallygoers engaged in coordinated acts of political violence, including the torchlight rally on August 11, 2017, in which they chanted "Jews will not replace us" before attacking anti-racist demonstrators on the grounds of the University of Virginia. And subsequent massacres in the United States and abroad have shown how deadly their ideology continues to be.

But Trump's defense of his comments -- that some of the people attending a rally organized by white supremacists and featuring neo-Nazis and Klansmen as speakers were simply innocent statue-defenders -- also ignores the way the statue controversy in Charlottesville was chosen by alt-right leaders as a way to expand and gain legitimacy for their white supremacist movement. The violence in Charlottesville was not, at its heart, about Robert E. Lee or about history at all. The people who gathered in Charlottesville throughout the summer of 2017 did so in an explicit attempt to unite the alt-right with the broader American right around issues of "white rights" and racism.

In early 2017, white supremacist organizer Richard Spencer and Charlottesville-based alt-right activist Jason Kessler turned their attention to Charlottesville and a recent city council decision to remove the statues of Lee and Stonewall Jackson from the city's public parks. Confederate statues had long blurred the line between white nationalism and regional pride, offering plausible deniability for the white supremacists who wanted to use the statues as their new cause du jour.

On May 13, 2017, Spencer joined Mike Enoch, a neo-Nazi blogger and podcaster, and a hundred or so other self-identified members of the alt-right in Charlottesville. They gathered around the statue of Jackson to give speeches about why the statues had to be defended.

These speeches, full-throated declarations of white supremacy, did not try to hide or temper their politics. "This is more than just confederate monuments," Enoch declared. "This is images of white people, images of white heroes, images of white warriors that are being torn down to attack and demoralize" the white race, to be replaced by a "mixed, muddy people" Spencer followed with a speech that argued the removal of the Lee statue was the first step toward white genocide.

The men put in bald terms what defenders of the Confederacy seldom stated or even acknowledged: the deeply racist history behind the statues and their subjects.

Two weeks later, Kessler applied for a permit for the Unite the Right rally. The speakers for the planned rally included Spencer, Kessler, Enoch, Ku Klux Klan organizer David Duke and several other neo-Nazis, neo-Confederates, and white supremacists. That lineup, plus the May statue rally and torch-burning, put white-power rhetoric and violence at the heart of the planned rally in Charlottesville.

That message was underscored by the torchlight march the evening before the August 12 rally, which began as an act of political intimidation and ended as an act of political violence. Hundreds of white men (and a handful of white women) marched onto the University of Virginia's campus, shouting slogans such as "Jews will not replace us." When they arrived at their intended rallying point, the statue of Thomas Jefferson outside the university's famed Rotunda, they found a small group of anti-racist students and activists circling the statue, whom they began to beat as police looked on nearby (after several minutes, officers finally intervened).

That was the context of the conflagration in Charlottesville the next day that the President chooses to ignore: The Unite the Right event was a neo-Nazi rally, and "very fine people" do not attend neo-Nazi rallies.

President Trump has had help in holding his ground over the past year and a half. Conservative media outlets and Republican politicians have defended him, trying to downplay or explain away his remarks. Recently leaked emails, according to reporting from The Daily Beast, show that just yesterday, within the news division on Fox News, a reporter and editor were trying to perpetuate this spin, until another reporter slapped them down, saying their emails "read like something you'd read on a White Supremacist chat room."

There has been more than enough time for reflection and apologies. The President and his allies continue to provide cover for the racist violence in Charlottesville, and the violent ideology propagated there. There is no more need to debate whether support for racism is a feature of the Trump administration; the question is how much longer Americans will tolerate it.