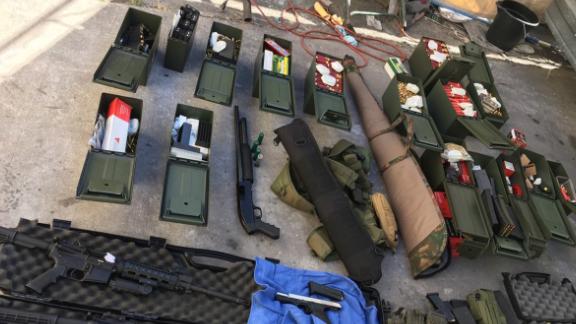 Long Beach, California police arrested a man who was planning a mass shooting, police chief Robert Luna said. The suspect was allegedly planning to shoot employees and guests at the Marriott hotel where he worked as a cook.

Rodolfo Montoya, 37, allegedly was planning to shoot employees and guests at the Marriott hotel where he worked as a cook, Chief Robert Luna said at a press conference Wednesday.

Police arrested Montoya at his Huntington Beach home after getting a tip from a fellow employee about Montoya's plans, Luna said.

"Suspect Montoya had clear plans, intent, and the means to carry out an act of violence that may have resulted in a mass-casualty incident," Luna said.

Montoya doesn't appear to have a criminal history that would prevent him from legally owning the types of guns that are allowed in California, Luna said.

Montoya will appear in court as early as Thursday, Santiago said.

It is unclear at this time whether Montoya has an attorney.

The arrest is the latest in a string of detentions or investigations over threats to commit mass shootings. At least 28 people have been arrested since the shootings in El Paso, Texas, and Dayton, Ohio, earlier this month. Just after the shootings, the FBI director issued a directive for agency offices nationwide to conduct a new threat assessment.

Cuomo: Regions can move forward with Phase 2 of reopening

Big chains filed for bankruptcy every week in May. Here are 6 of them

State puts hold on Phase 2, but Oneida County will not stop businesses from reopening as planned

Hamilton woman hit, killed while riding her bike in Madison