None of Sondland's words will sway Republicans 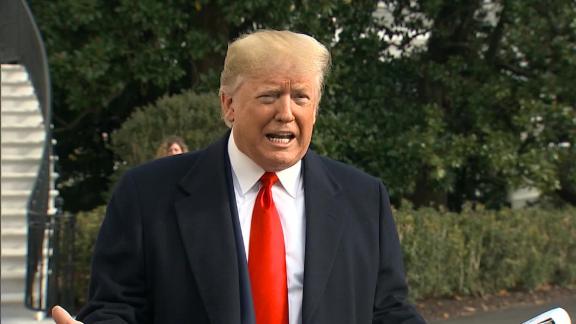 Ambassador Gordon Sondland caught the Republicans flat-footed at Wednesday's hearing of the House Intelligence committee with his lengthy opening statement, which some have interpreted as confirming the Democratic case that President Donald Trump himself ordered a quid pro quo scheme: a visit to the White House for Ukraine's new president -- and release of held-up aid to Ukraine, Democrats say -- in exchange for his country publicly launching investigations into both Burisma and a conspiracy theory alleging Ukrainian interference in the 2016 election.

But then, later in questioning, Sondland muddied those waters by flatly stating that "No one told me the aid was tied to anything. I was presuming it was." Sondland's "best guess" and "presumption" gave the Republicans an important opening from which to operate during the afternoon, as did the fact that some of what Sondland said was contradictory.

This will help the White House keep the GOP in line, even as the media portrays Sondland as a modern-day John Dean. He wasn't.

Sondland also gave credence to an idea that many Republicans hold -- it was a terrible plan to have Trump's personal lawyer Rudy Giuliani in the middle of this situation. Sondland's testimony is more damning to Giuliani than Trump, as Sondland claimed to have received clear instructions about the conditions for a prospective Trump-Zelensky meeting from Giuliani, but unclear and perhaps even exculpatory instructions from Trump ("I want nothing, no quid pro quo," Sondland recalled the President saying in a conversation after the White House learned about the whistleblower complaint).

It strikes me that Republicans may start separating the issue -- as Sondland did in his opening statement -- of whether the President was trading an Oval Office meeting for investigations he wanted from Ukraine from an alleged attempt to also tie up military aid if Ukraine didn't cooperate.

My CNN colleague Ross Garber, an impeachment lawyer from Tulane University, tweeted that "Sondland now admits there was a 'quid pro quo' for a White House meeting or call. Notably, in McDonnell v. United States, the Supreme Court held that a meeting or call doesn't qualify as an 'official act' for purposes of a bribery prosecution." This is a subtle but notable shift, but important to understand since the Democrats started using the term "bribery" as they pursue the articles of impeachment.

As all of this was unfolding, two public opinion polls were released that explain why it is unlikely Democrats will succeed in bringing Republicans around to seeing this their way.

The Marquette University Law School Poll released Wednesday showed decreasing support for impeachment in Wisconsin, a key swing state. Impeachment is an exercise in public and political opinion, and at least in this Wisconsin survey it appears the Democrats haven't succeeded in galvanizing the public in support of their position.

The poll was taken before Sondland's testimony, but still shows the structural problems Democrats face in convincing any Republican to support their impeachment dreams. The truth is, most Americans have their minds made up on Trump one way or the other and no impeachment hearing will change that.

A Gallup poll, also released Wednesday, showed that 90% of Republicans continue to support the President, and that his marks on the economy are at a record high for his presidency, with 57% of people saying they approve of his handling of that matter.

Good luck moving Republican senators off the President when their entire party loves him, and nearly 60% of Americans believe him to be doing a good job on the most important issue in the upcoming election.

I have believed from the beginning that the final Republican position here will be some form of blaming this Ukrainian business on Giuliani, expressing varying degrees of disapproval of the bad judgment displayed by various people, but concluding that it falls short of impeachment.

The Democrats' position has not changed -- they will impeach the President, as most members of their party have desired to do since the earliest days of his presidency.

Folks are still in their corners, and that's not likely to change over Sondland or anyone else.

White House chief of staff: 'We are not going to control the pandemic'