Jake Burton Carpenter, the founder of Burton Snowboards, has died 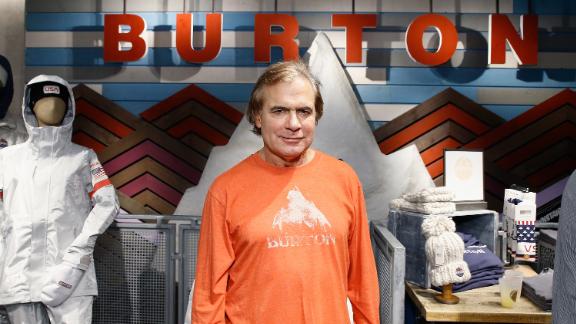 Jake Burton Carpenter, the snowboarding pioneer and founder of Burton Snowboards, passed away from complications related to cancer. He was 65.

The company announced Carpenter's death on Thursday in an email to employees.

"He was the soul of snowboarding, the one who gave us the sport we love," the company said.

Burton founded his namesake brand in a Vermont barn in 1977, selling just 300 "Burton Boards." After his business partners split, he helmed the company himself -- and helped rocket snowboarding into the mainstream by marketing the boards at snowboarding events and campaigning ski resorts to allow snowboarders to use their lifts, according to the Colorado Snowsports Museum.

More than 20 years after the company's founding, snowboarding debuted at the Winter Olympics, and Burton continues to host elite snowboarding championships.

"He's like the cool dad of the sport," Olympic snowboarder Shaun White said of Carpenter to The New York Times in 2015.

In the same article, Carpenter disclosed his Miller Fisher syndrome diagnosis, a rare nervous system disorder. The disease left him paralyzed for several weeks, unable to move his body save for his hands.

Burton, which his wife Donna Carpenter has run as CEO since 2015, encouraged its employees to spend their Friday doing what its founder would've done -- snowboard.

"It's opening day at Stowe [a ski resort in Vermont], so consider taking some turns together, in celebration of Jake."

State police: Man claims he was stopped on Route 49 by police impersonators

The price of wine is dropping fast