Why Democrats made a big mistake by impeaching Trump 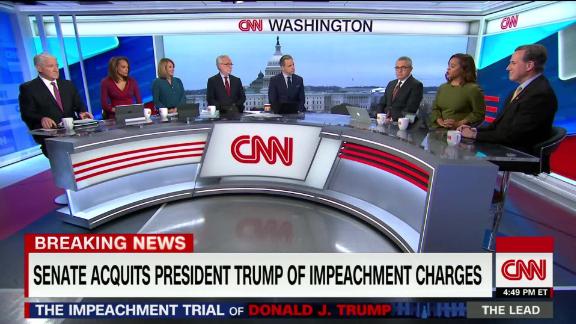 As impeachment comes to a close with the acquittal of President Donald J. Trump, it's fair to ask why Democratic leadership went down this route and what, if anything, they accomplished.

The answer to the first question is simple enough -- to hold the President accountable for a phone call with the Ukrainian President, in which he made US military aid contingent on investigations into a political rival. But impeachment is not the only tool at Congress' disposal to hold a president accountable. They could have, for example, chosen censure -- which would have been a serious rebuke of Trump's action and might have even garnered some bipartisan support. And yet Democrats opted to pursue impeachment anyway.

In terms of what Democrats actually accomplished, it appears not all that much.

Throughout this process, as House Speaker Nancy Pelosi and House Democrats sought the moral high ground, they lost sight of two important realities. First, the impeachment process is a political, not legal, process. In other words, the impeachment trial was not a criminal trial, and if Republican politics favored not bringing forth witnesses and new evidence, then no new witnesses or evidence would be brought. (Of course, had the House slowed the impeachment proceedings down, they could have called upon and subpoenaed additional witnesses.)

And, second, Trump would use the outcome of the trial to his advantage -- just as he was able to do the Mueller report by framing it as an exoneration of any and all wrongdoing, despite the report merely saying no collusion could be proved. With a Senate acquittal, get ready for the Trump impeachment exoneration tour -- a tour that will likely only benefit his reelection prospects.

Trump has good reason to embark on this tour. He may be paranoid, but Democrats are out to get him -- and positioning them as the enemy will energize his base. Just consider that in January 2019, in her first week in office and well before the word Burisma entered the political conversation, Michigan Rep. Rashida Tlaib declared she was going to "impeach the motherf****r," or Texas Rep. Al Green, who first called for Trump's impeachment back in 2017, promising to push for impeachment again after Trump's acquittal. Add to that House Judiciary Committee Chairman Rep. Jerrold Nadler suggesting that he will call former National Security Adviser John Bolton to testify, and it's clear our long national nightmare of impeachment will not be over until Trump leaves office.

Despite the countless hours of negative testimony in the House and a trial in the Senate, according to CNN polling, Americans remain almost evenly divided on impeachment. Meanwhile Trump's Gallup job approval ratings, somewhat improbably, have hit the highest mark of his presidency -- indicating that impeachment has not impacted the American public's view of his administration.

Regardless of the merits of their case, Democratic House impeachment managers failed to persuade both the Senate and the American people of Trump's guilt. And Utah Sen. Mitt Romney's principled vote to stand as the only Republican to vote in favor of one of the articles of impeachment does not change that political calculus.

Moreover, impeachment has turned out to be a financial boon for the Trump campaign. It successfully raised $46 million in the last quarter of 2019. Meanwhile, the Democratic presidential field is spending most of its resources competing against other right now.

Impeachment is "forever," Pelosi reminded us. That is, no doubt, true. If putting a stain upon Trump's legacy was the Democrats goal, mission accomplished. But if in impeaching Trump, Democrats help reelect him, four years may be more consequential than forever.