The rage behind Trump's action on Roger Stone 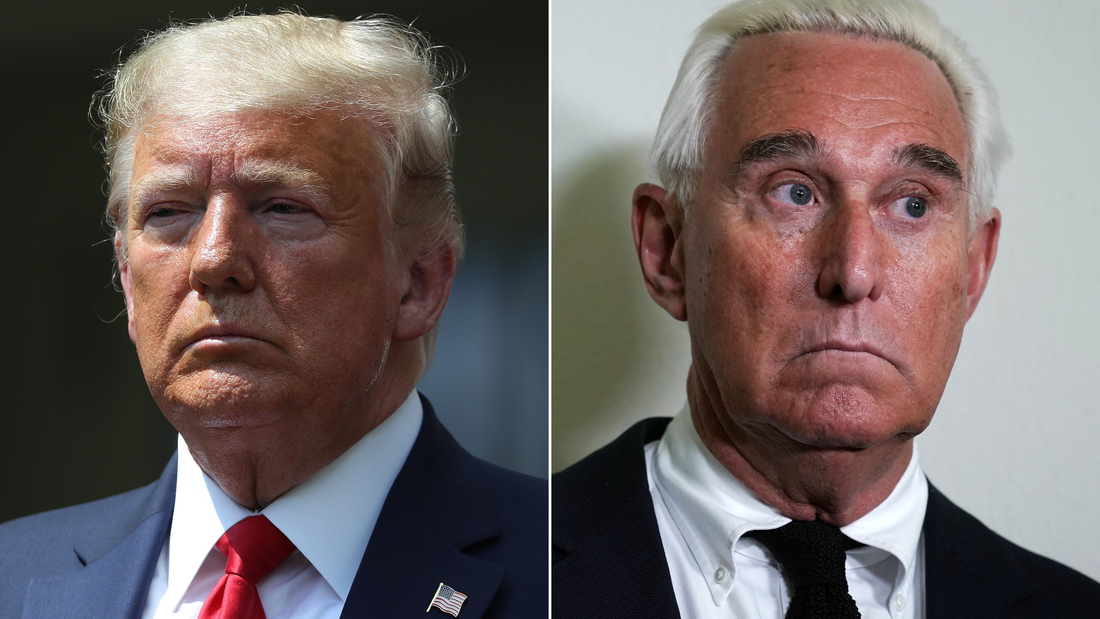 President Donald Trump has commuted the prison sentence of his longtime friend Roger Stone, who was convicted of crimes that included lying to Congress in part, prosecutors said, to protect the President. The announcement came just days before Stone was set to report to a federal prison. CNN's Kaitlan Collins has more.

President Donald Trump, thrown back on his heels by a growing number of events, circumstances and political adversaries he cannot master, snatched back a bit of control Friday by commuting the sentence of Roger Stone, one of his earliest and most steadfast political allies.

Stone remains a convicted felon, having lied to Congress about foreign interference in the 2016 election and having pressured a witness to do the same. But he won't have to serve the 40-month sentence handed down by a judge -- and, in theory, could persuade an appeals court to reverse his conviction or secure a full pardon from Trump.

An angry announcement about Stone issued by the White House reflected the rage of an administration that is besieged and bewildered, hemmed in -- this week alone -- by skyrocketing Covid-19 cases; wretchedly bad poll numbers; the looming release of a tell-all book by President Trump's niece, Mary Trump; and a Supreme Court decision that means Trump's personal taxes could be seen by prosecutors soon.

Trump can't change the Covid-19 numbers or the Supreme Court ruling, but he, like every president, has the unquestioned, unreviewable power to commute federal sentences. Trump seized on the privilege with gusto and simultaneously lashed out at his enemies -- primarily, special counsel Robert Mueller, whose investigation led to the questioning of Stone and his subsequent lies under oath.

"Roger Stone is a victim of the Russia Hoax that the Left and its allies in the media perpetuated for years in an attempt to undermine the Trump Presidency," the White House statement said. "These charges were the product of recklessness borne of frustration and malice. This is why the out-of-control Mueller prosecutors, desperate for splashy headlines to compensate for a failed investigation, set their sights on Mr. Stone."

That is a fantastic departure from reality, of course. There's abundant evidence of Russian interference in the 2016 election, facts that were eventually compiled in a special report issued by the Republican-controlled Senate Intelligence Committee.

But Trump, wielding his clemency powers, did not bother being accurate, fair or measured. "Roger Stone has already suffered greatly. He was treated very unfairly, as were many others in this case," the White House statement concludes. "Roger Stone is now a free man!"

The commutation signals Trump's place at the center of Washington power politics. His health experts might contradict him, his Supreme Court appointees might vote against him, members of his family might attack him. But only the President can commute federal sentences, and nobody can stop or reverse the action.

Those who see Trump's favor to Stone as an effort to keep him quiet are missing the point. Yes, Trump's dangling of clemency is an abuse of power, and such offers of clemency formed part of the articles of impeachment against President Richard Nixon.

But in this case, it might not even be necessary. It was highly unlikely that Stone, a lifelong political soldier, was going to flip on Trump. And it's not clear he could meaningfully betray the President even if he wanted to: After decades of deception and dirty tricks, Stone's word would have little credibility with prosecutors or the public.

So Stone, the self-described dirty trickster, slips out of one of the tightest fixes of his colorful life. The fate of one political operative is the least of Trump's problems. But this was one problem he could solve with the stroke of a pen.