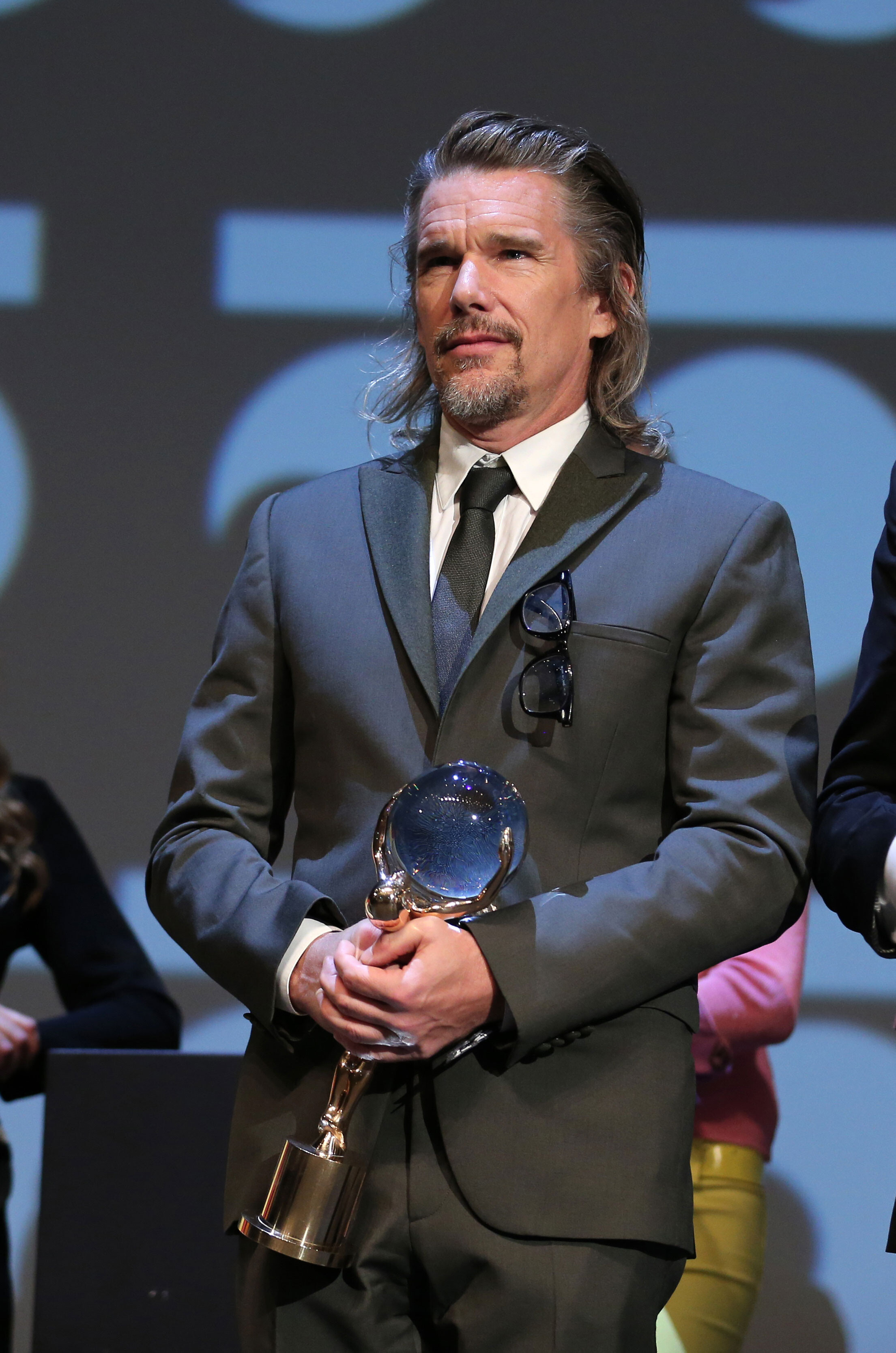 Ethan Hawke remembered working on 1989's "Dead Poets Society" with Robin Williams during a speech at the Karlovy Vary Film Festival, where he picked up the President's Award.

"I thought Robin hated me. He had a habit of making a ton of jokes on set. At 18, I found that incredibly irritating. He wouldn't stop and I wouldn't laugh at anything he did," he told the crowd, according to Variety.

But the two ended up as friends, after Williams set Hawke up with his first agent.

"He called, saying, 'Robin Williams says you are going to do really well.' There was this scene in the film when he makes me spontaneously make up a poem in front of the class. He made this joke at the end of it, saying that he found me intimidating. I thought it was a joke. As I get older, I realize there is something intimidating about young people's earnestness, their intensity. It is intimidating -- to be the person they think you are. Robin was that for me," Hawke added.

Hawke also talked about his career as a novelist, actor and director, saying, "Once I started doing some directing, my respect for acting went up."