One big takeaway from the proposal is that it’s a balanced budget with no property tax increase, and it also includes an expansion project for the Oneida County 911 Center and more money to help prevent future flooding.

The next largest expenditure is public safety, followed by public works. Picente also plans to expand programs for local libraries and more funding for agriculture.

Picente says he want to grow agriculture in our region by partnering with Mohawk Valley Community College, the Thincubator, SUNY Cobleskill and Cornell Cooperative Extension.

He also wants to provide legal services for veterans in our area for three years, and expand the 911 Center in Oriskany, which would cost about $1.1 million.

One of the biggest issues in our region is flooding, and Picente outlined a plan to give $12 million over a six-year period for flood mitigation projects throughout Oneida County.

“The weather patterns are what we don’t know anymore and we can't predict, but we can fix the streams, we can add detention ponds, we can look at the culverts and the roadways that need to be repaired and widened, the streams that need to be widened, and that's going to take a lot of money,” Picente said. “And the towns, the villages can't do it alone. We have a responsibility there and we’re able to do that; we need to step up.”

This is just a proposed budget and it still has to be approved by the Oneida County Board of Legislators. They have until November 12 to vote on this.

Tune in to the NEWSChannel 2 Live at Five Newshour for reactions from county legislators.

The pie charts below were provided by Oneida County officials and they show where the county's revenue comes from, and where the roughly $407.8 million in next year's proposed budget would be allocated. 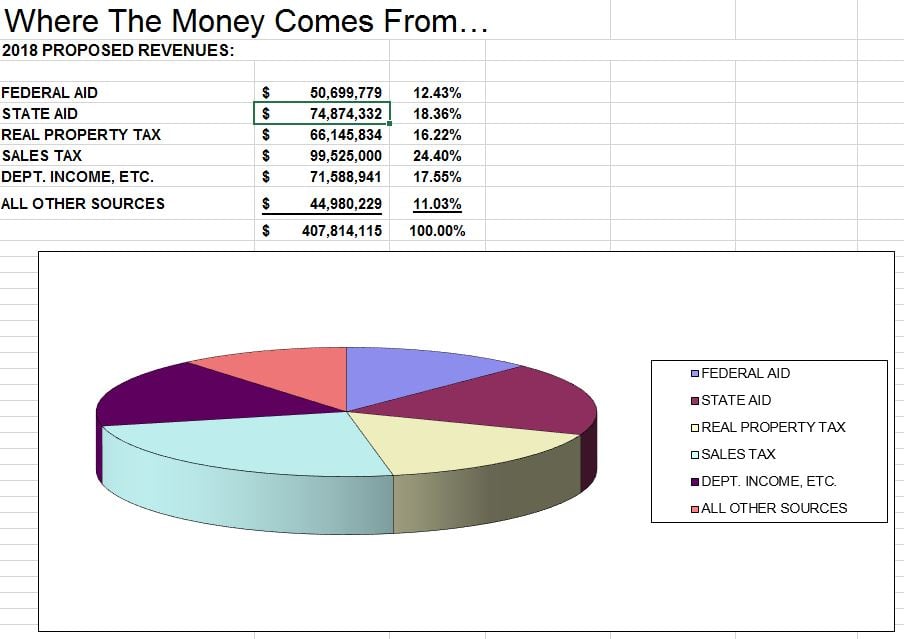 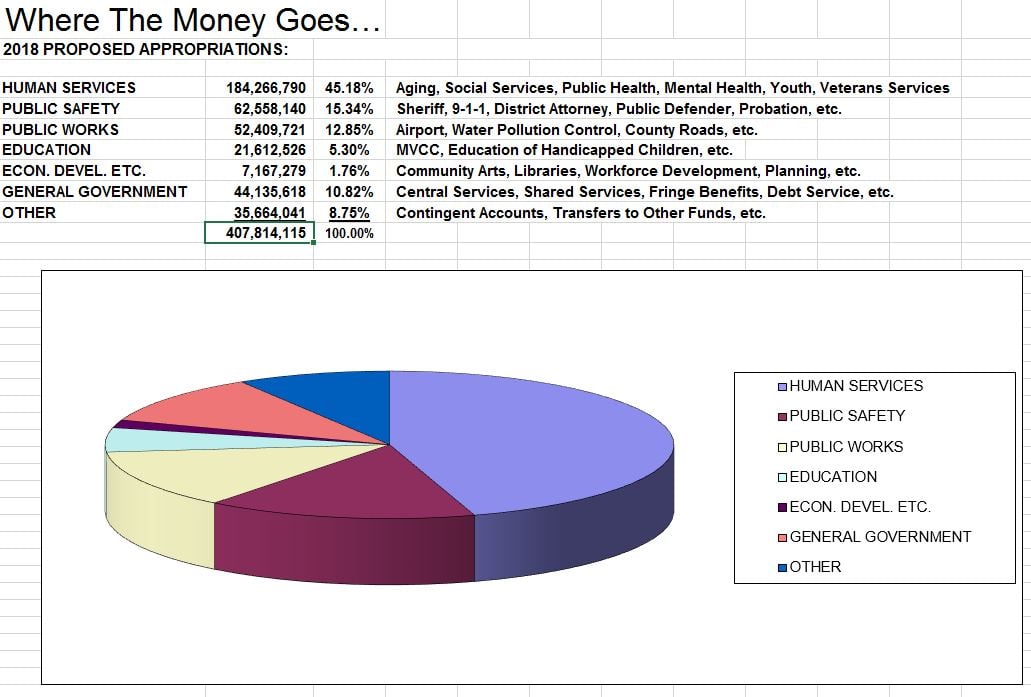 State police searching for suspects in theft at Herkimer Lowe's

Utica-Rome Speedway up for sale