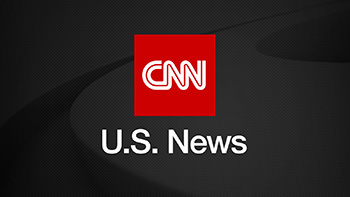 High blood pressure, smoking and diabetes raise a woman's risk of heart attack more than these factors raise a man's risk, according to a new study published in the BMJ.

The rate of heart attacks in men remains three times higher than in women, according to the researcher Elizabeth Millett, an epidemiologist at the University of Oxford's George Institute for Global Health. But the study identified that those three individual factors -- smoking, diabetes and high blood pressure -- are more likely to be linked to heart attacks in women, showing the need for more awareness efforts targeted at women on the issue of heart diseases.

Millett's work is part of a broader bank of studies on gender differences in non-communicable diseases by the George Institute.

"This strengthens the need for people to remember to look at women and men when studying heart attacks," Millett said.

Because her latest work is an observational study that can't explain causes, Millett stressed the need for more research into why this gender difference exists.

Nearly half a million British people enrolled in the UK Biobank were studied. They were between the ages 40 and 69 and were recruited between 2006 and 2010. They were followed for an average of seven years by Millett's team. Of the 471,998 participants, none had a history of cardiovascular diseases. The researchers found that 5,081 of those people had their first heart attack during the course of the study, 28.8% of them women.

Studies have identified some risk factors affecting women at a higher rate than men. Millett's study examined the impact of three such risk factors and found that their disproportionate impact on women persisted across age.

Deaths from heart attacks are lower among women than man at younger ages, according to the study, and previous research showed that women experience their first heart attack nine years later than men, on average.

Combined with an aging population, this is likely to see "women catching up with men" in terms of heart attack rates, Millett explained. This would cause "a subsequent significant additional burden on society and health resources," the authors of the study noted.

The study has some limitations. The UK Biobank project consists mainly of white participants, which makes it hard to generalize the findings to other groups. Millett also said that the participants examined were of slightly higher socioeconomic status than others in the UK.

"Regardless of your sex, risk factors such as high blood pressure, smoking and diabetes increase the risk of a heart attack. These findings should not distract from a concerted effort to better detect and manage risk factors that can be changed," Professor Metin Avkiran, associate medical director at the British Heart Foundation, wrote in an email.

"What we want is for women to be more aware that heart attacks happen to women as well as men," said Millett. She believes there is a lack of awareness in women about heart diseases because men are more affected by them.

The study also highlights the need for doctors to be vigilant when their female patients are elderly, smoke, have diabetes or have high blood pressure. Doctors must ensure that women and men have equal access to health care programs addressing these conditions, researchers said.

Millett added that awareness is crucial, as heart attack symptoms can differ for men and women. A few symptoms -- such as unusual tiredness, dizziness or cold sweats -- are more common in women than men, she explained.

"It's absolutely vital that everyone has equal access to the best advice and treatment regardless of age, gender or socioeconomic status," Avkiran wrote. "This is an important reminder that heart disease does not discriminate, so we must shift perceptions that it only affects men."

Second shooting in one week on Neilson Street in Utica