Walmart is raising the minimum age to buy tobacco to 21 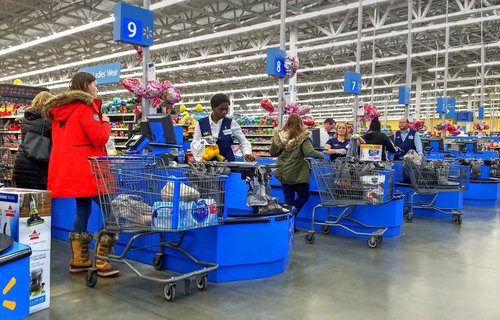 Walmart, the world's largest retailer, will increase the minimum age to buy tobacco products, marking a big moment in the fight against teen nicotine addicti...

Walmart, the world's largest retailer, will increase the minimum age to buy tobacco products, marking a big moment in the fight against teen nicotine addiction.

The company announced Wednesday it will stop selling tobacco or e-cigarettes products to anyone under the age of 21 in the United States. The changes will take effect July 1 at all American Walmart and Sam's Club locations.

The company will stop selling sweet-flavored e-cigarettes, which have become popular among teenagers.

The policy shift comes after Walmart received a letter from the US Food and Drug Administration for not fully prohibiting kids under 18 from buying tobacco products at its stores. The FDA conducted roughly 13,000 compliance checks since 2010 and said Walmart passed only 93% of them.

"While we have implemented a robust compliance program, we are not satisfied with falling short of our company-wide goal of 100% compliance," the company wrote. "Even a single sale to a minor is one too many, and we take seriously our responsibilities in this regard."

In March, the FDA warned several retailers, including Walmart, Kroger and Walgreens, that they were violating rules against selling tobacco products to minors. The agency also labeled the use of e-cigarettes by young people as an "epidemic."

In response, Walgreens said that its stores will no longer sell tobacco products to anyone under the age of 21 starting September 1.

The FDA stipulates that tobacco and e-cigarettes may only be sold to people 18 years or older. But several states have raised the age for legal sales to 21, including Illinois, Washington, Hawaii and California.

In September, the FDA started a campaign to prevent kids from using e-cigarettes. It claims that nicotine use is hazardous to young adults' health, even when inhaled with an e-ciagrette.

The FDA was expected to ban e-cigarettes last year, but it instead pushed for e-cigarettes to be sold only in parts of stores that are closed-off to teenagers.

UPDATE : A number of goats perish in barn fire in Columbia

Waking up to shovel several inches of snow? Something rather unusual this winter.

Climb aboard for the 40th annual Utica Toy Train Show