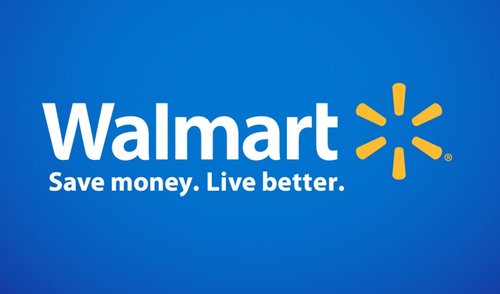 Walmart CEO Doug McMillon said Thursday the company supports strengthening some gun measures in the United States after more than 20 people were killed in an attack on a Walmart in El Paso, Texas.

Although McMillon stopped short of endorsing a specific bill or plan, he said Walmart is encouraged that consensus is building for 'common sense' legislation to prevent mass shootings.

'We're encouraged that broad support is emerging to strengthen background checks and to remove weapons from those who have been determined to pose an imminent danger,' McMillon said in a statement Thursday. 'We believe the reauthorization of the Assault Weapons ban should be debated to determine its effectiveness in keeping weapons made for war out of the hands of mass murderers.'

Walmart is America's largest retailer, and McMillon said for the first time Walmart represents about 2% of the market for guns today. Walmart believes it is not among the top three gun sellers in the industry. The company estimates it has about a 20% share of ammunition.

McMillon's comments on guns could give Congress fresh incentive to act on the deeply divisive issue. Walmart is also weighing whether to take additional steps on its gun policies.

During a call with reporters Thursday, Dan Bartlett, Walmart executive vice president of corporate affairs and a former top aide to President George W. Bush, said the company would offer its 'perspective and support' to Congress as a retailer that has stopped selling assault weapons.

'We believe it's a worthy debate for Congress to have,' Bartlett said of an assault weapons ban.

On August 4, a Walmart in El Paso was the scene of one of the worst mass shootings in American history. Federal investigators are treating the shooting as an act of domestic terrorism.

In the wake of the shooting, Walmart has faced enormous pressure to remove firearms from its physical stores and criticized for selling pro-gun T-shirts on its website. Several Democratic candidates for president have called on Walmart to stop selling guns at its stores. America's largest teachers' union, The American Federation of Teachers, and gun safety groups have pressed the retailer to end its gun sales.

Last week, Walmart pulled displays of violent video games in its stores. It also removed about 1,000 third-party items from its website.

Walmart US CEO Greg Foran told reporters that the company has recently increased security in El Paso stores and is working with local authorities to determine additional security measures across its 4,700 US stores.

Despite its history of selling hunting weapons that goes back to Walmart's origins, Walmart has shifted its gun policies and strengthened gun safety measures. It stopped selling assault rifles in 2015 and raised its minimum gun purchasing age to 21 last year after the Parkland, Florida, shooting. Walmart also stopped selling handguns in every state but Alaska in the mid-1990s and only sells a firearm to customers after receiving a 'green light' on a background check.

Walmart is a key retail partner for publicly traded gun companies American Outdoor Brands and Vista Outdoor, according to the companies' public filings and presentations.

Walmart is Vista Outdoor's largest customer, making up 14% of Vista's $2 billion in sales in 2019.

Walmart closed in several locations throughout the area

Potential exposures for May 31