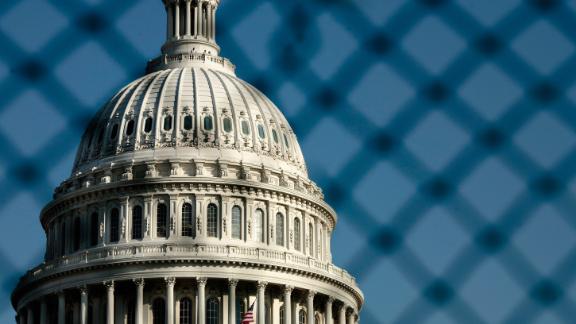 The Senate approved a historic, $2 trillion stimulus package to provide a jolt to an economy reeling from the coronavirus pandemic. CNN's Cristina Alesci reports.

That's because the stimulus bill removes limits on the amount of losses that wealthy investors can use to offset taxes, by writing down the gradual depreciation of assets like real estate. Those limits were put into place as part of President Trump's 2017 tax reform bill.

The New York Times was the first to report this nuance in the stimulus bill, which can be found in a brief section on page 203 of the 880-page document. The Times also cited a draft congressional analysis that said this part of the stimulus bill would lead to $170 billion in tax breaks over ten years.

Originally, the 2017 tax bill let wealthy investors use depreciation to offset the first $500,000 of capital gains from investments each year.

But according to an analysis from law firm Akin Gump Strauss Hauer & Feld, taxpayers 'with unused losses arising in 2018, 2019 or 2020 that paid tax in one or more of the five preceding tax years will be able to immediately file amended returns.'

That is particularly beneficial for the real estate industry. And that fact is raising alarm bells given the ties that President Trump and his son-in-law Jared Kushner have to that particular business.

'As if Jared Kushner's involvement in coronavirus response wasn't already preposterous enough...now we learn that there's a huge tax giveaway for people like him and his family in the stimulus package,' said the nonprofit legal aid group Citizens for Responsibility and Ethics in Washington in a tweet.

Senate Democrats have pointed out that the stimulus package bars The Trump Organization, which owns stakes in several hotels, golf courses and resorts, from receiving any direct aid via loans.

The NAIOP, a trade group for commercial real estate developers, defended the stimulus bill, saying in a statement that new rules reverse an 'error' in the 2017 tax overhaul that resulted in a 39-year depreciation period for expenses related to property improvement.

The NAIOP added that the tax changes in the stimulus bill will be good for both landlords and their small business tenants.

The fact that some industries might be getting what is viewed as a juicy tax break won't sit well with many Americans. But the rush to get a bill passed made such perks inevitable, according to Nela Richardson, an investment strategist with Edward Jones.

'To a certain degree the government is picking winners and losers in the stimulus bill and we will probably see it become even more political,' Richardson said. 'But it is important for stimulus to be passed in order to put a floor on the financial hit from the coronavirus and stabilize the economy.'

Coronavirus symptoms: A list and when to seek help