Family of Rayshard Brooks speaks out about his killing 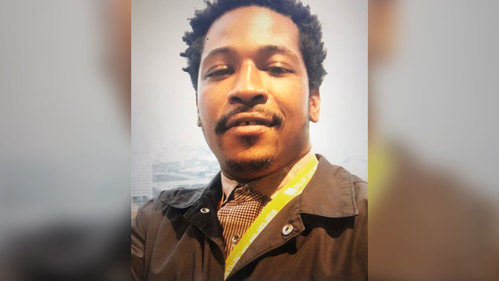 ATLANTA, GA (WGCL) -- The family of Rayshard Brooks wiped away tears while telling the world about their loss.

“Not only are we hurt, we are angry. When does this stop?” asked Brooks’ niece Chassidy Evans. “No one walking this green Earth is supposed to be shot and killed like trash in the street for falling asleep in the drive-thru.”

The final moments of brooks life were caught on camera. After failing a field sobriety test in a Wendy’s parking lot, he took an officer’s stun gun and ran. Seconds later one of the officers gunned him down.

“Let me tell you and show you why shooting in a crowded parking lot is so reckless and so unnecessary. A witness today sent us his vehicle which was hit by one of Officer Rolfe’s bullets while he and his kids were in the car. A couple feet up and we would have had another loss of life,” Brooks family attorney Chris Stewart said.

“The trust that we have with this police force is broken and the only way to heal some of these wounds is through a conviction and a drastic change with the police department,” Brooks’ cousin Tiara Brooks.

An autopsy concluded that Brooks sustained 2 gunshot wounds to his back, causing fatal injuries to his organs.

“I just want you all to know that you took my cousin from me. You took the wrong person,” Brooks’ cousin Decatur Redd said.

When asked why Brooks may have resisted arrest, the family’s attorney said George Floyd didn’t resist arrest and look what happened to him.

High levels of lead found in village of Herkimer water