Strong winds, whiteout conditions are expected along the Tug Hill and Adirondacks Thursday and Friday.

A blizzard warning is in effect for Northern Oneida, Northern Herkimer, Hamilton, and Lewis Counties from 7am Thursday to 4pm Friday.

Remember, a blizzard has more to due with wind and whiteout conditions. Heavy snow is also expected in this region as well.

How much snow are we expecting? 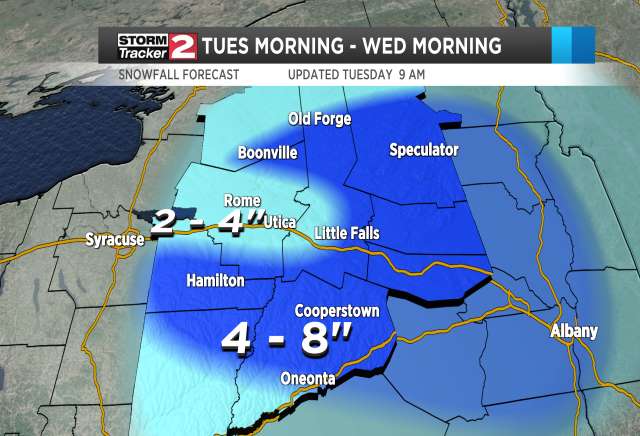 High winds are also expected to cause power outages and tree damage in parts of the area.  Wind gusts are expected to peak between 40-45 mph Thursday afternoon.

During a blizzard, it's best to stay off the roads due to dangerous travel. The largest problem in a blizzard is poor visibility. If you do have to travel, keep an emergency kit handy in your car that includes a flashlight, blanket, food, shovel, and cell phone charger.