Governor Cuomo updated the media on Satuday on COVID-19, including the latest number of deaths in the state.

The total number of deaths in the state now stands at 8,627.

This is the 5th straight day the state has seen more than 700 deaths due to coronavirus.

Cuomo says he keeps getting asked when will this end. He referred to the following quote from Winston Churchill, “Now this is not the end. It is not even the beginning of the end. But it is, perhaps, the end of the beginning.“

Cuomo says all New Yorkers have to stay the course. "Everyone wants to get out of the house, and I know they want to get out of the house tomorrow, and they want me to re-open the economy in two weeks and we 'beat the beast'. The worst thing that can happen is we let our emotions get ahead of our logic and facts and we go through this again in any manner shape or form."

Cuomo also had praise for President Trump, stating "I’ve worked very hard with the President of The United States. We’ve had our political differences in the past, no doubt. He's been responsive to New York and New York's needs, and he’s done it quickly and he’s done it efficiently. He has really responded to New York’s needs."

Cuomo announced that the New York State Court system will engage pro bono lawyers to help with New Yorkers' legal needs. He is asking attorneys across the state who are wiling to volunteer to do so at www.nysba.org/covidvolunteer.

He says many legal issues will stem from this and people will need help.

Cuomo says de Blasio can't make that call. He says that call has to be made on a state-wide basis, and that decision has not been made.

When asked if he has intentions of running for President and possibly replacing Joe Biden as the Democrats' choice, Cuomo emphatically said no.

Material prices are changing the way contractors do business 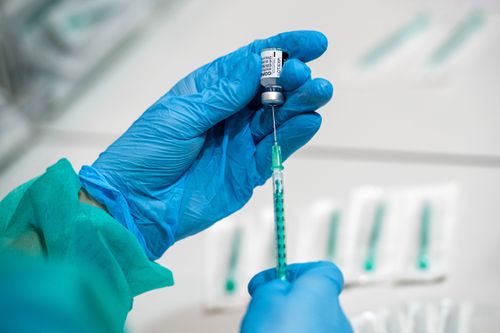 So far, 5,800 fully vaccinated people have caught COVID anyway in US, CDC says