Rain and snow expected on Wednesday and Thursday

Much needed rain and not so much needed snow is in the forecast for Wednesday and Thursday.

Another week, another chance of snow. Yes, this is the reality of a Central New York spring. Overall, temperatures have been running much above normal across the region, causing the leaves to come up 2-3 weeks earlier than usual across Central New York. This may become an issue with snow in the forecast for Wednesday and Thursday.

A cold front arrives in Central New York Tuesday morning, bringing some light rain to the region. This front will slow down and stall in the region, keeping the clouds around for most of the day. Highs climb into the low 50s. This front will serve as a highway for the next area of low pressure, which develops Tuesday night. This low pressure system swings through Central New York Wednesday, bringing us the possibility of widespread rain and snow.

A few things to keep in mind with the upcoming forecast: 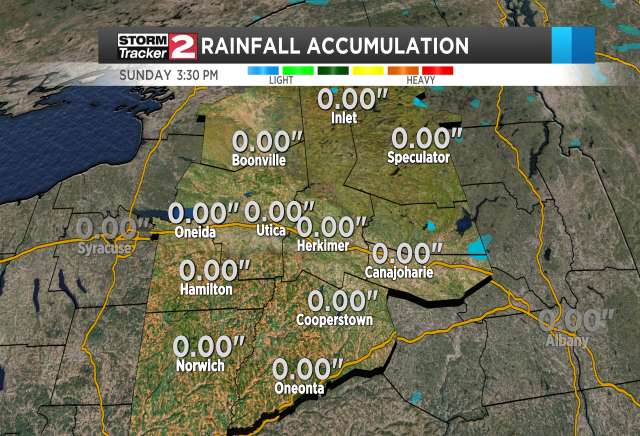 Despite the track of the low, it wraps in cold air into the region on Thursday.  Temperatures look cold, with highs only in the upper 30s to low 40s.  Windy conditions will make wind chills feel like low 30s.  A few lake effect snow showers are possible, too, with accumulations possible west of Utica.

The weather looks to warm up quickly, with highs in the 50s on Friday and 60s on Saturday.  Any snow that ends up accumulating will be melting very quickly!

"Raid Along the Mohawk" taking place this weekend

Grocery stores are excited to charge you higher prices