Widespread snow is in the forecast for the weekend. Some areas will pick up significantly more than others.

The weather was also cold and dry on Friday, with highs only in the teens.

Our next weather system has been getting quite a bit of attention throughout this week. Low pressure looks to bring widespread snow to Central New York. The rumors earlier this week were misguided - it's not expected to be a big storm for all of our region.

Snow begins Saturday during the late morning to early afternoon as this system moves in from the West. Here's a look at what time the snow will begin: 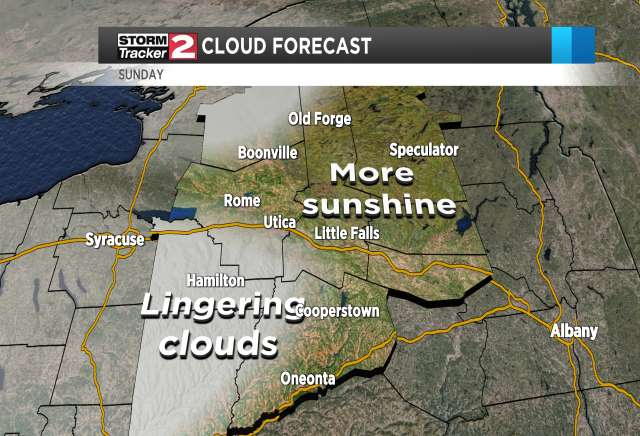 Snow continues Saturday night. Here's a look at accumulations for the first part of this event:

Why does this map look so dramatic? If snow isn't lake effect, how can it produce such different amounts of snowfall?

Terrain plays a significant role in weather. The track of the storm to the west will favor hilltops north of the Mohawk Valley. This is due to upslope from a south wind. The basic idea is that rising air increases precipitation and sinking air decreases precipitation. While the north country sits in the bullseye, the Mohawk Valley sits in the doldrums.

On Sunday, low pressure swings to the north and east, changing the wind direction to the northwest. This will create lake effect snow and put an end to the upslope weather pattern. Most areas in Central New York will pick up additional snowfall on Sunday through the afternoon, evening, and overnight. Lake effect snow showers end overnight into Monday.

Supplies thin, but New York not out of vaccine

NY finishes first round of fight against tree-killing insect