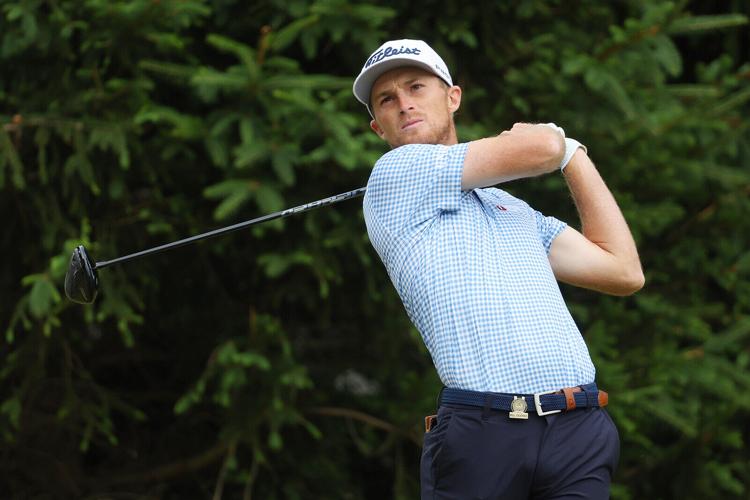 Will Zalatoris plays his shot from the 18th tee. 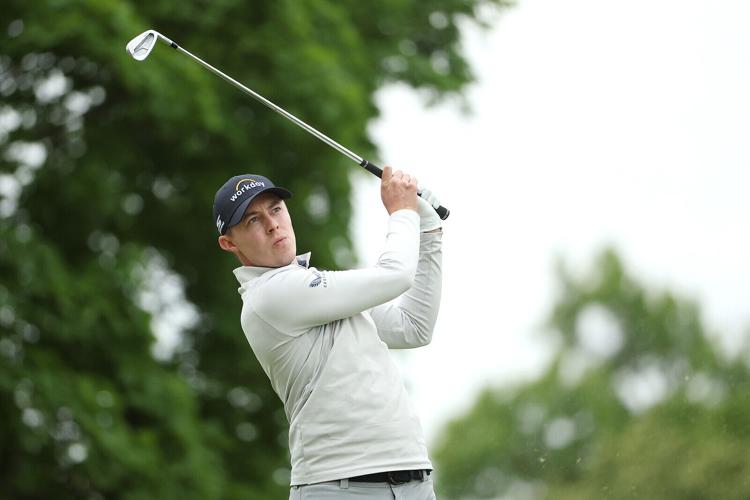 Matt Fitzpatrick plays his shot from the sixth tee. 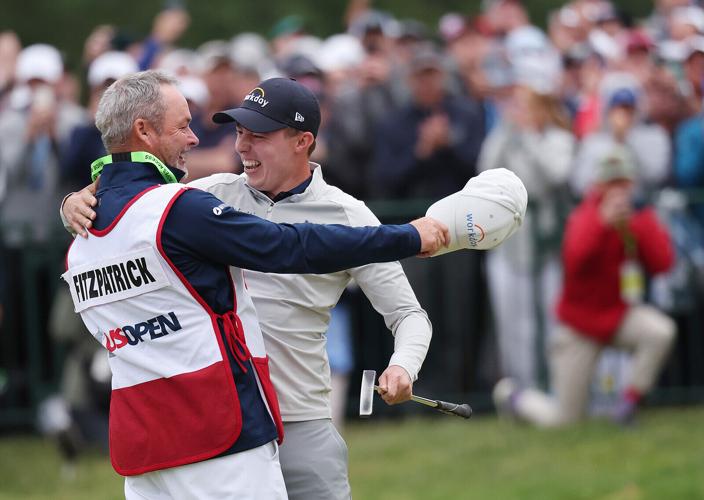 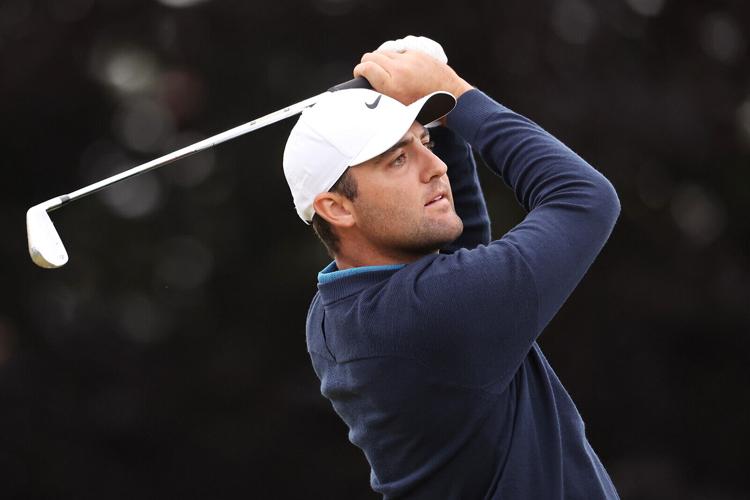 Scottie Scheffler plays his shot from the 16th tee.

Will Zalatoris plays his shot from the 18th tee.

Matt Fitzpatrick plays his shot from the sixth tee.

Scottie Scheffler plays his shot from the 16th tee.

English golfer Matt Fitzpatrick won the 122nd US Open to clinch his first career major after a pulsating final round at The Country Club on Sunday.

The 27-year-old edged past world No. 1 Scottie Scheffler and Will Zalatoris by a single shot following an enthralling, roller coaster battle with the American duo in Brookline, Massachusetts.

Victory sees the world No. 18 make history as only the second player -- and the first non-American -- to win both the US Amateur and US Open at the same venue, having won at The Country Club in 2013. Jack Nicklaus is the only other golfer to have achieved the feat following triumphs at Pebble Beach in 1961 and 1972.

It also secures Fitzpatrick a $3.15 million share of the $17.5 million total prize, the largest pot in major championship history.

A seven-time winner on the European Tour, Fitzpatrick ended his wait for a major title with a stunning display, not once scoring above par in any of his four rounds despite periods of wind that rocked much of the field playing the challenging par-70 course.

His 68, 70, 68 across the first three rounds saw him arrive as co-leader alongside Zalatoris heading into the deciding day, where his third 68 was enough to claim a one-stroke win at 6 under par.

"The feeling's out of this world," Fitzpatrick told reporters.

"It is so cliche, but it's stuff you dream of as a kid. To achieve it, I can retire a happy man tomorrow."

"I feel like I certainly work hard for it, and where I've grown up that's the mentality of everyone around there ... an underdog mentality. You work for what you get."

Narrow defeat made for yet more heartbreak for Zalatoris, who has now finished runner-up in three majors in recent years. The 25-year-old missed out on the Masters by a single stroke in 2021, before suffering a playoff defeat to Justin Thomas at the PGA Championship in May.

Despite losing by the same margin of error, Zalatoris said Sunday's narrow loss would take longer to process than the one at the Masters.

"I'd pay a lot of money for about an inch and a half, and I'd probably be a three-time major champion at this point.

"This one hurts in particular pretty hard, but it's motivating. I've got to keep doing what I'm doing. I know I'm going to get one sooner or later."

Meanwhile, Scheffler narrowly missed out on elevating his spectacular calendar year with a second major victory, having won at the Masters in April and adding three further PGA Tour wins.

With his two 3-under 67's lower than any of Fitzpatrick's rounds, the world No. 1 may come to rue a grim, wind-affected spell through Saturday's penultimate round that saw him drop five shots across a four-hole stretch.

"Tip of the hat to Fitzy. He's been playing really good golf and he definitely deserved to win this event."

Hideki Matsuyama carded a blistering, event-best 65 to finish fourth at 3 under, with Collin Morikawa and Rory McIlroy tied for fifth, one stroke behind.

With pairs' tee-off times staggered in ascending order up the leaderboard, a scintillating start from Scheffler saw the world No. 1 open with back-to-back birdies to draw level with the leading duo moments before they teed off.

Two holes later, the 25-year-old had already become the outright leader at 5 under with yet another birdie at the fourth, though Fitzpatrick responded immediately with a birdie of his own to keep pace.

Scheffler's surging start provided a stark contrast to that of Zalatoris who, having scrambled for par on the opening hole, shot two consecutive bogeys to slide down the leaderboard.

Yet Zalatoris' response was as emphatic as his initial drop. After parring twice to steady the ship, the American shot four birdies over the next six holes to hunt down Scheffler and Fitzpatrick.

Remarkably, for all the ebbs and flows of a pulsating final round, after 13 holes the picture effectively resembled the beginning of the day, with co-leaders Fitzpatrick and Zalatoris leading Scheffler.

The trio would have been staggered had it not been for some heroics at the 13th from Fitzpatrick. Forty feet from the hole, the Englishman drained a stunning downhill putt to draw level with a birdie, celebrating the monster effort with a roar and a fist pump.

The only difference from the overnight leaderboard was that now Scheffler trailed by one stroke instead of two. After hurtling into the turn with five pars and four birdies, his back nine began at a snail's pace with back-to-back bogeys that left him 4 under overall.

Then, a seismic shift. Bogeying the 16th, Zalatoris could only watch as Fitzpatrick lasered a superb birdie putt to open up a two-shot lead that lasted a matter of minutes, as Scheffler birdied the 17th to leapfrog his compatriot into second.

Narrowly missing out on repeating the feat to tie the lead at the 18th, Scheffler's closing par heaped pressure on Fitzpatrick, lining up his putt on the penultimate hole.

But as if enjoying a casual round with friends, the Englishman smiled and laughed after tapping home before carrying his one-shot lead to the final tee.

In a finale fitting of an enthralling final day, Fitzpatrick looked to be in trouble after his tee shot found the bunker, but the Englishman roared back with an incredible approach shot from the sand to find the green.

Zalatoris responded with a superb approach of his own to ensure the major would go to the final stroke, yet after Fitzpatrick putted for par, he was unable to conjure the birdie he needed to force a playoff.

A respectful Fitzpatrick contained himself as he waited for his opponent to finish, before Zalatoris tapped home to trigger scenes of unbridled joy -- and plenty of tears -- among the Englishman and his team.

WNBA legend Sue Bird to retire after this season