After two full weeks of game play, school districts are altering their spectator policies, no longer allowing any fans in attendance.

Following the cancellation of its fall sports season, the SUNYAC in which SUNY Oneonta is a member and SUNY Morrisville is an affiliate for men's ice hockey, has cancelled its winter sports season for this academic year.

The City Manager position has been vacant since February.

The Oneida County Courthouse is reporting that all 16 jurors (12 primary, 4 alternates) have been selected for the Jason D'Avolio murder trial.

Ski slopes can open with restrictions

Governor Cuomo gives the green light for ski slopes to open but there will be restrictions.

After several fires, the most recent being the biggest, the Environmental Protection Agency is granting $800,000 to clean up the site of the former CharlesTown Mall.

Work resumed at Tennessee Gas Pipeline on Monday, leaving a scent of gas in the air for the second day in a row.

According to Gov. Andrew Cuomo, the state health department has drafted a vaccination administration program that will ensure the safe and effective distribution of a coronavirus vaccine.

The annual Boilermaker post-race party will be held online this year on Tuesday, Oct. 20, starting at 6:45 p.m.

Mostly cloudy and cool tonight, then staying cool tomorrow with steady rain throughout the day.

Area residents get pinked out to help fight breast cancer

Where the odor of gas came from

Kinder Morgan, the company that owns the Tennessee Pipeline Natural Gas Facility in West Winfield released a statement regarding the odor of gas across Oneida County.

Increasing clouds and cool this evening, then rain arrives overnight and continues for the next few days.

Chilly this morning, then breezy and cool today with partly sunny skies.

The cult classic was shown outdoors due to COVID-19 restrictions.

A RALLY TO SUPPORT DONALD TRUMP

A RALLY TO SUPPORT DONALD TRUMP

Mostly sunny and cool this evening, then chilly tonight with dry weather continuing into Sunday.

In his press briefing on Saturday, Governor Cuomo announced movie theatres will be allowed to reopen on October 23rd. However, there are guidelines and criteria theatres need to meet in order to welcome back customers.

Cars were lined up around the block for people to get some delicious Italian food, and help out a great cause.

Frost, fog, and chilly this morning then sunny skies this afternoon with cool temperatures.

All the scores, from all the sports (in action)! Here is the Sports Express Wrap from Friday, October 16, 2020.

John Zogby's company, John Zogby Strategies said they've accurately predicted every presidential race since they began polling in 1984. Zogby said so far despite some polls that show a big lead for Joe Biden, it's a very close race for the White House.

The weather is looking nice this weekend

Oneida County officials have issued a warning about a synthetic drug that has appeared in test results in the county. The county's Overdose Response Team says Carfentanil, a man-made opioid, has made its way into the county. Carfentanil is said to be 10,000 times more powerful than morphine and 100 times stronger than fentanyl. It is an odorless, white power which dealers mix with other drugs to make them stronger and cheaper.

Coach and parents weigh in on season return

Highlights and scores from Thursday, October 15, 2020.

Parents and coaches on the way the season is going

Thruway tolls for those who don't have an EZ-Pass could pay 30% more come January 1st.

The Kirkland Town Board met Wednesday to discuss a proposal that would prevent people from keeping farm animals or fowl, like chickens and turkeys, in residential neighborhoods.

Police vacancies up & recruitment down

There’s a shortage of police recruits across the country, and we’re feeling the crunch locally.

Utica Mayor Robert Palmieri stopped by West Street to designate a 'Block of the Month' as part of a community initiative urging residents to take care of their neighborhoods.

A 20-year-old man suffered facial injuries after he was accidentally shot with a flare gun in a garage on Main Street in Whitesboro Wednesday night. 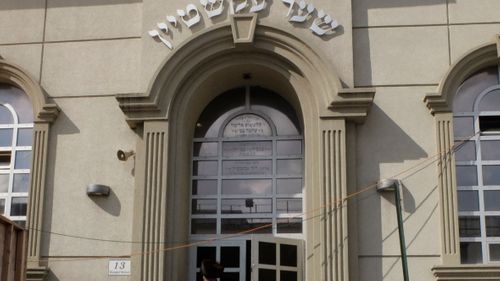